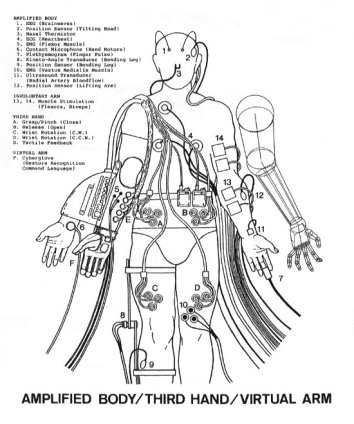 Volkan Terzioglu: Is it because a poet writes a poem or a painter paints a painting because he wants to create something that lives longer than him or her?

Le Quan Ninh: …to record too much, it is maybe a problem of death… [2]

Johnson’s reliance on the tote bag is a radical extension of what humans naturally do. In 1998, the philosophers Andy Clark and David Chalmers introduced the idea of “the extended mind,” arguing that it makes no sense to define cognition as an activity bounded by the human skull. Humans are masters of mental outsourcing: we archive ideas on paper, we let Google Maps guide us home, and we enlist a spouse to remember where our wallet is. Johnson’s main cognitive prosthetic is Aline: she trusts her sister’s account of her life as strongly as she used to trust her own memory. This is unusual but not unreasonable, and, given the way that emotions can distort old memories, Aline’s accounts may often be more accurate than those Johnson used to call up herself. Johnson doesn’t use modern technology much, but like the rest of us she is a cyborg. [3]

My background as an improvising musician can jar my present artistic incarnation of composer. The nature of each discipline’s output is particularly discordant, with improvisation’s focus on transient performance appearing at odds with the discreet and finalized quality of a composition. In practice these poles often gravitate towards a grey middle, through recording projects or revising habits or other such deviations, but a residual tension of performance- versus project-based practice lingers in my artistic substrate.

In seeking to resolve this tension, I often consider what composing offers me. Much as the amnesic Lonnie Sue Johnson’s tote bag, my compositional work space and its attendant tools of pencil, paper, calculator, scissors, and tape have become extensions of my brain, platforms for thinking whose material reality supports intangible cognition. The symbology of music notation and the physical reality of the instruments I write for give form to my thoughts, providing natural laws that define their evolution. My relationships with the performers I work with bind in the social, networking my interior to others. The preservation and accumulation of thought on the page is an enhancement of my hippocampus, both in terms of raw storage and in recall potential: I am able to see previous ideas, retrace and restructure prior trains of thought, observe and manipulate this progression over time, well augmenting cognition’s capabilities. I am literally a cyborg, a low tech realization of STELARC’s vision to reimagine the method and mission of human activity. [4]

My perhaps-bastardizing redefinition of a visionary artist’s intentions notwithstanding, what is important to emphasize is that these extensions of my internal processes are not about preserving after death but about enhancing during life. A composition is not a capturing of my essence, a horcrux meant to thwart my own mortality, but an elaboration of my innate mental, emotional, and spiritual features. [5] It is a residue of the mind that expands the mind’s capabilities during its creation. It affords my interior topography external expression in a simultaneous mapping and defining of that interior, similar to how light waves collapse into particles: both subjects fix into a more definite reality when studied. The composition is thus not a morbid bid to stave off an object of fear, but a space of augmented living, enabling actions that are otherwise impossible.