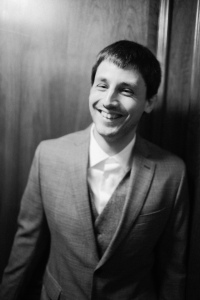 Ray Evanoff is an American composer and improviser and the director of FOCI Arts.  His work has been featured throughout North America and Europe, in collaboration with esteemed contemporary musicians such as Dal Niente, Distractfold, Ensemble Pamplemousse, Ensemble SurPlus, Seth Josel,Mabel Kwan, Kevin McFarland, Xenia Pestova, Samuel Stoll, and Jack Wright, among others, and supported by the City of Charleston Office of Cultural Affairs, the Harry and Alice Eiler Foundation, MATA, and the Royal Musical Association.  He studied music theory and composition at the College of Charleston and the University of Huddersfield, where he received his PhD in 2012.  He has taught music at the University of Huddersfield and the Huddersfield New College. He lives in New Orleans.